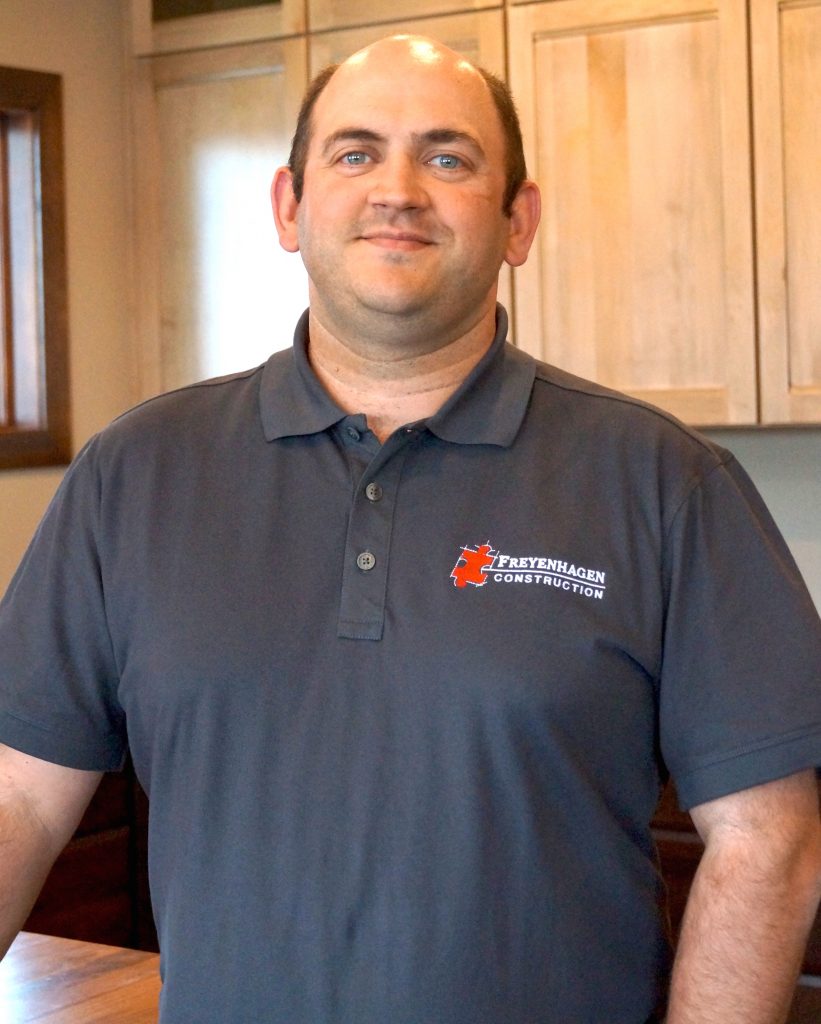 Scott Lueck, Production Manager, is a jack of all trades, and construction practically runs in his blood.

“My grandfather and uncle were contractors and my father was in plumbing repair,” he explains, then chuckles, “I had no choice!” Scott worked in commercial sales and customer service in the construction industry before joining Freyenhagen Construction in 2005.

“It used to be just Jeremy and the bookkeeper,” says Scott. “Then he hired me.”

From day one, Scott’s goal was to handle tasks that would free Jeremy to work on building the company and working more closely with clients. Over the years he’s done everything from demolition to supervising contractors to bookkeepers. He began doing estimates and contract writing, then began to work with CAD. “I’ve done basically every position in the office,” he says. “That’s how I got hired—I learn fast.”

“For awhile, Jeremy and I were the designers, too,” laughs Scott. “Colors are not my thing, so I’m glad to have designers for all that now!”

Years ago, Scott worked in the basement of the office to avoid interruptions while Jeremy visited local homes. “He would draw a floor plan, and I would do everything else from downstairs,” chuckles Scott. “We’d worked together so long that I didn’t even have to go to the job site to understand what he wanted.”

His favorite part of the job? Making homeowners happy. In fact, as Production Manager, Scott considers client satisfaction his full time job. He touches base with Freyenhagen clients every week—daily if needed—to make sure each project goes off without a hitch. He says that frequent interaction is part of what sets the company apart and why referrals continue to be the company’s primary source of new business.

“Recommendations and referrals are the highest praise,” Scott says. “When someone likes the work enough to tell a friend, there’s nothing better than that.”